Edit your own version of the infamous shower scene

Back in 1999, whilst exploring the capabilities of programming in Flash 4, I made a kind of video editor that I called Psycho Studio. This little app allowed you to edit the shower scene from Hitchcock''s classic film Psycho and to save your efforts into a gallery.

When I look at the code now, well, it''s bad. It's full of workarounds and hacks to actually get it to work - remember this was before you could do video in Flash. But the point is it still works and still delivers an entertaining experience. It was even nominated for a Webby.

Occasionally I think about doing a complete rewrite but the thing is, what's the point? All these years later it's still going strong. 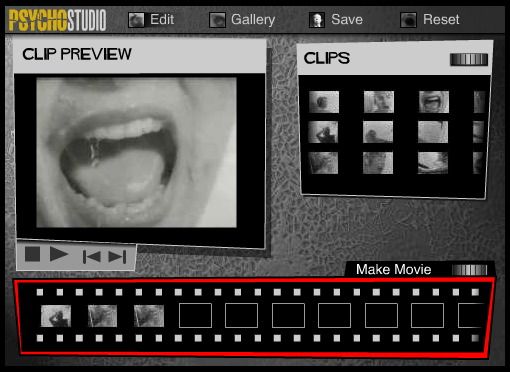